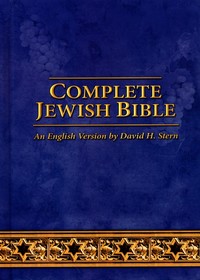 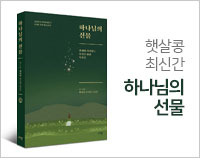 Focuses on "Jewishness"
Names and key terms presented in easy-to-understand transliterated Hebrew enabling readers to pronounce them the way Yeshua (Jesus) did
1,697 pp. Presenting the Word of God as a unified Jewish book, the Complete Jewish Bible is a translation for Jews and non-Jews alike. It connects Jews with the Jewishness of the Messiah, and non-Jews with their Jewish roots. Names and key terms are returned to their original Hebrew and presented in easy-to-understand transliterations, enabling the reader to say them the way Yeshua (Jesus) did! For readers familiar with the Jewish New Testament, the Complete Jewish Bible is a welcome sight!

David H. Stern
David H. Stern was born in Los Angeles in 1935, the great-grandson of two of the city's first Jews. He earned a Ph D. in economics at Princeton University and was a professor at UCLA, mountain-climber, co-author of a book on surfing and owner of health-food stores.
In 1972 he came to believe in Yeshua as the Messianic, after which he received a Master of Divinity degree at Fuller Theological Seminary and did graduate work at the University of Judaism.
He was married in 1976 to Martha Frankel, also a Messianic Jew, and together they served one year on the staff of Jews for Jesus. Dr. Stern taught Fuller Theological Seminary's first course in 'Judaism and Christianity,' organized Messianic Jewish conferences and leaders' meetings, and was an officer of the Messianic Jewish Alliance of America.
In 1979 the Stern family made aliyah(immigrated to Israel). They now live in Jerusalem and are active in Israel's Messianic Jewish community.
Dr. Stern is the auther of  Messianic Judaism: A Modern Movement with an Ancient Past (formerly Messianic Jewish Manifesto), which outlines the destiny, identity, history, theology and program of todya's Messianic Jewish movement. He also wrote Restoring the Jewishness of the Gospel : A Message for Christians. it consists of the excerpts from the former book selected for Christians to whom the Jewishness of the Gospel is an unfamiliar idea.
His Jewish New Testament, which has been incorporated into the Complete Jewish Bible, is the basis for its companion volume, the Jewish New Testament commentary. This book discusses Jewish issues raised in the New Testament - questions Jews have about Yeshua, the New Testament and Chritianity;questions Christians have about Judaism and the Jewish roots of thrir faith;and questions Messianic Jews have about their own identity and role.
시리즈 소개 | 세트 | 세트낱권구성
세트 상품이 없습니다.
평점
도서평 제목 |
도서평 한번에 펼치기
이름
공감
작성일
답변유무
문의 제목
이름
작성일
업데이트 이전 책으로는 구매 못하나요? 표지가 그게 더 마음에 들어서요 [수정]
샬롬~
확인해보니 이전 도서는 절판되어 더이상 수입되지 않는다고 합니다.
이점 양해부탁드려요.
감사합니다.^^