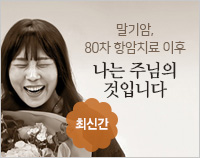 What must you do to be right with God?

The Reformers broke with the Roman Catholic Church when they insisted that people are justified by faith alone. Today, many Protestants fail to grasp that keystone of faith, and yet the biblical, Reformation view of the doctrine of justification is vital for us to grasp the power of the gospel and proclaim it far and wide. In Faith Alone, R. C. Sproul clearly explains the doctrine of salvation, including why Protestantism and Roman Catholicism split over justification in the first place and why that division remains an uncrossed chasm.

"Sola fide (faith alone) was the material principle of the Protestant Reformation. Today's evangelicals tend to be unversed in Scripture and ignorant of their own history, so they are generally ill equipped to defend what they profess to believe. Dr. Sproul has probably done more than anyone in our generation to reconnect contemporary evangelicals with their own rich history. In particular, he has been courageously defending the doctrine of justification for several decades. This book distills the best of his teaching on that issue. It's an important defense of the gospel's cardinal principle in a clear and compelling format. I'm happy to give it my most enthusiastic recommendation."--John MacArthur, author; speaker; pastor; president, The Master's College and Seminary

"For as long as R. C. Sproul has been involved in public ministry, he has stood firm against theological error while battling boldly for doctrinal truth. In Faith Alone, he demonstrates the critical importance of affirming and protecting that great Reformation doctrine of justification by grace alone, through faith alone. Always respectful toward others, he proceeds carefully, biblically, and with unrelenting force. This book remains as important and relevant today as when it was first published."--Tim Challies, blogger; author; pastor, Grace Fellowship Church, Toronto, Ontario