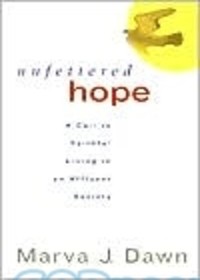 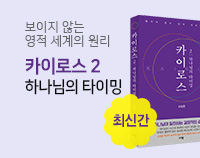 This is a book which excites and stirs. It animates and illuminates my hearts desire to become both authentically human and faithfully Christian, my yearning to have a faith which truly transforms my life and the community I'm part of, my craving for a faith which integrates a world fragmented by injustice and division.
Eugene Peterson writes that Marva Dawn's new book contains, " clarifying, energizing, necessary words for Christian understanding and obedience." Walter Brueggemann describes Dawn as, "one of our most acute social critics and articulate theologians, who moves quickly past the puzzling issues of method to the real stuff of faith." The real stuff of faith and life is what I deal with everyday. So does this book in any way help me as a priest and pastor to make sense of the world around me? Does it equip and encourage the church in being better at being Jesus in the world today? I believe it does!

This book is not just another post 9/11 commentary on modern life. It certainly does contain a reflective and accessible synthesis of social commentary, philosophy and theology which itself affords a piercing critique of the world as it is. But it's much much more. "Unfettered hope" is both prophetic statement and Christian apologetic, manifesto for practical engagement and pastoral handbook for faithful living. Dawn seeks to understand more cogently the forces which bind (fetter) people's lives thus preventing them from becoming truly human and truly Christian. These "fetterings" bind us and blind us by obscuring true priorities and values. In exchange people are given false hopes which result in them being distracted from what should be core values, priorities and practices, what are called our "focal concerns".

The book begins by looking at how life is fettered. It looks at the nature and character of a culture defined by consumerism and technological advancement. It does so not only in terms of its impact upon the wealthy west but also the affect on the struggling two thirds world. This is not another romantic post industrial response to modernity. The problem is not seen as technology per se but how its particular paradigm shapes our thoughts, values and ideals. The great triumph of this paradigm is seen in its "Technical bluffs"how it always promises more than it can deliver. Our optimistically grand expectations and claims concerning the future are debunked as bluff or in the words of fictional character Holden Caulfield mere phonyism. Dawn looks at the nature and extent of this paradigm. This critique is not new. It could be argued that the Wachowski brothers use similar metaphors in the movie "The Matrix" ( Warner Brothers 1999 ). But unlike the Matrix, I cannot escape fully from its grip. We live in two worlds simultaneously, the world of God's emerging kingdom and the world as it is. The challenge becomes to how "resist, restrict and reform" the all pervading value system of this post modern early 21st century culture ?

This is done, Dawn argues, by living according to focal concerns. Ch.3 looks at what Christian focal concerns might be whilst Ch.4 shows how churches in the west often fail to live by them. That we succumb to the same fetterings as everyone else is a result of not realizing the basic paradigm or underlying value system which affects us all. Ch.5 presents true hope in the "...grandly sweeping meta-narrative.. " which is the Christian faith. Consequently this, " ...frees us to live our focal concerns joyfully- to love God and our neighbours wholeheartedly" Chapter 6 gives us clues to what this might look like practically, " seventy practices by which we, empowered by the hope of the Gospel, can attend to our focal concerns and challenge the culture by which the whole world is mired in despair." This chapter has great pastoral connection for all those who struggle in the gloriously messy business of seeing and shaping lives transformed by Christ.

The final chapter further defines this hope as eschatological where our present understanding is shaped by a future promise, a beautifully crafted picture of hope based on promise not power.Even here Dawn offers brilliant pastoral insights and images. Good theology always concerns itself with the "How" of everyday life. Marva Dawn successfully does just this, whilst prayerfully integrating the book into a thoughtful and engaged spirituality. I cannot just read this book. I am drawn into its struggle to work out the implications in prayer and thought, pastoring and preaching, living and dying.