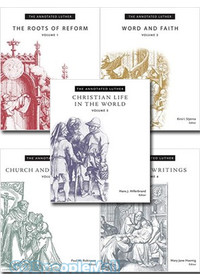 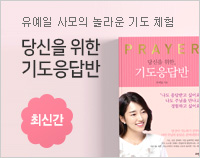 Volume 1 of The Annotated Luther series contains writings that defined the roots of reform set in motion by Martin Luther, beginning with the Ninety-Five Theses (1517) through The Freedom of a Christian (1520). Included are treatises, letters, and sermons written from 1517 to 1520, which set the framework for key themes in all of Luther’s later works. Also included are documents that reveal Luther’s earliest confrontations with Rome and his defense of views and perspectives that led to his excommunication by Leo X in 1520.

These documents display a Luther grounded in late medieval theology and its peculiar issues, trained in the latest humanist methods of the Renaissance, and, most especially, showing sensitivity toward the pastoral consequences of theological positions and church practice

Volume 2 of The Annotated Luther series contains a number of the writings categorized under the theme word and faith. Luther was particularly focused on what the word “does” in order to create and sustain faith. Writings in the volume range from the large core documents Bondage of the Will, Against the Heavenly Prophets, The Smalcald Articles, and Large Catechism to Luther’s own Confession of Faith and treatments of Moses, the Gospels, and Two Kinds of Righteousness.

In the treatises in this volume, we hear Luther’s understanding of Scripture and theology as he continues his growth as teaching theologian, pastor, biblical exegete, and apologist for the faith.

Volume 3 of The Annotated Luther series presents five key writings that focus on Martin Luther's understanding of the gospel as it relates to church, sacraments, and worship. Included in the volume are: The Babylonian Captivity of the Church (1520); The German Mass and Order of the Liturgy (1526); That These Words of Christ, "This is my Body," etc., Still Stand Firm Against the Fanatics (1527); Concerning Rebaptism (1528), and On the Councils and the Church (1539).

Luther refused to tolerate a church built on human works, whether it was the pope's authority or the faith or decision of individual believers. This is the thread that runs through all the texts in this volume: the church and sacraments belong to Christ, who founded and instituted them.

Volume 4 of The Annotated Luther series presents an array of Luther’s writings related to pastoral work. Luther’s famous Invocavit Sermons and other selected sermons show a forthright and lively preacher. Hymn texts reveal Luther’s grasp of hymnody as a tool for conveying and expressing faith. His Small Catechism as well as several pieces on prayer, including his Personal Prayer Book and A Simple Way to Pray, show his engagement in the basic task of teaching the faith. Luther’s prefaces to his own writings contain personal reflections on his reforming work. Also in this volume are his commentary on The Magnificat. Selected letters, and shorter pieces that display his pastoral responses to particular situations: Sermon on Preparing to Die, Whether One May Flee from a Deadly Plague, and Comfort for Women Who Have Had a Miscarriage.

This volume (volume 5) features Luther's writings that intesect church and state, faith and life lived as a follower of Christ. His insights regarding marriage, trade, public education, war and are articulated. His theological and biblical insights also colored the way he spoke of the "Jews" and Turks, as well his admonition to the German peasants in their uprisings against the established powers.